Intelligence For Your Life - Your Cat’s Personality Matches Yours!

Your Cat’s Personality Matches Yours! 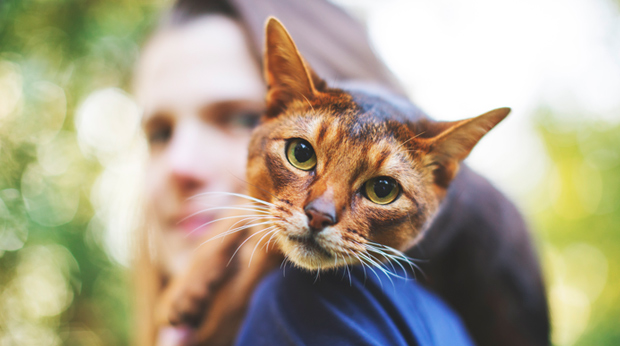 We always hear how a dog’s personality matches its owner’s… Like a friendly golden retriever belongs to a friendly, outgoing guy. Well, cat lovers: New research shows, the same goes for you and your cat! According to the journal PLOS One, cats and cat owners share similar personality traits… particularly traits like extroversion, openness, and emotional stability.

For the study, 3-thousand cat owners took personality tests and their cats’ behavior was evaluated. And certain traits that appeared more dominant in owners were also found in their cats. For example:

Owners who rated high in extroversion had cats that also enjoyed being outside and meeting new people.

Owners who were emotionally stable had cats that displayed less anxious, fearful, and aggressive behaviors.

Cat owners who rated high in agreeableness had cats that were more affectionate.

And owners who rated higher in neuroticism had cats that demonstrated behavioral problems.

The experts say, just like with dogs, the way we interact with our cats can influence their personalities. Basically, we rub off on them! So, if you want to know what someone is really like, check out how their pet behaves!