Intelligence For Your Life - Yes, Your Cat Is Talking To You!

Yes, Your Cat Is Talking To You!

In fact, research from the University of Georgia found that cats are... 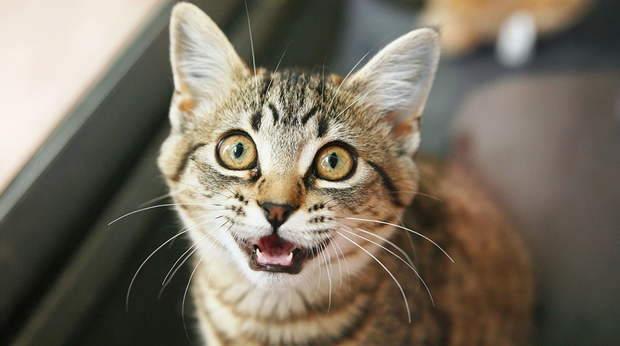 It’s true – cats really DO talk to us!

In fact, research from the University of Georgia found that cats are just as expressive as dogs. It’s just that most of us have no idea what they’re trying to say. So, here’s a quick lesson in cat communication:

According to the researchers, purring means “Please stay!” Because cats purr when they’re happy, AND when they’re sick of injured.

So what is your cat trying to say when you get home and they rub against your leg? That’s your cat’s way of saying, “Welcome home friend!” It’s a behavior cats exhibit in the wild. After a hunt and feeding, cats will come back together and rub against each other as a way of saying, “Ah yes, we are reunited at last!” And they’ve translated that behavior from something within their own species to a way to relate with humans.

Finally, if your cat meows – he’s trying to get your attention. Because other studies show that adult cats ONLY meow around humans. They don’t meow to communicate with their fellow felines - unless they’re feral and in heat or fighting.