Why Too Much Sleep Is Bad For Our Health

There is such a thing as too much sleep – and experts say it can boost our risk of everything from stroke to heart disease. We’ll tell you the right amount we should be sleeping each night. 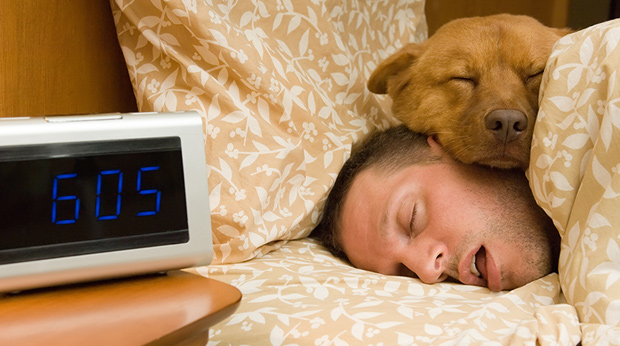 Is there such a thing as too much sleep? According to experts – yes. We all know the health risks of not getting enough sleep. But the common wisdom has long been that the more sleep, the better.
But a new CDC study debunks that idea. Researchers analyzed more than 50,000 people and found that getting too little or too much sleep raises the risk of deadly conditions – like coronary heart disease, diabetes, stroke, anxiety and obesity. But here’s the kicker: turns out that being overslept – that means, getting more than 10 hours of sleep a night – is more dangerous that being under-slept – and getting only six hours a night.

The medical term for over-sleeping is hypersomnia, and it’s a medical disorder. It causes people to suffer from extreme sleepiness throughout the day, and taking a nap doesn’t relieve the feeling of sleepiness. Hypersomnia also causes people to sleep for unusually long periods of time at night. Many people with hypersomnia experience symptoms of anxiety, low energy, and memory problems. Experts aren’t entirely sure what causes it – although they DO know that depression and sleep apnea can play a part.

So, how much should we sleep? Well, the amount of sleep you need varies over the course of your lifetime. It depends on your age and activity level, as well as your general health and lifestyle habits. For example, when you’re stressed or sick, you may need more sleep. And senior citizens may have a harder time staying asleep because of fluctuating hormones. But even though sleep needs change over time, and from person to person, experts typically recommend that adults should sleep between seven and nine hours each night. No more, no less.