Find out whether size matters! 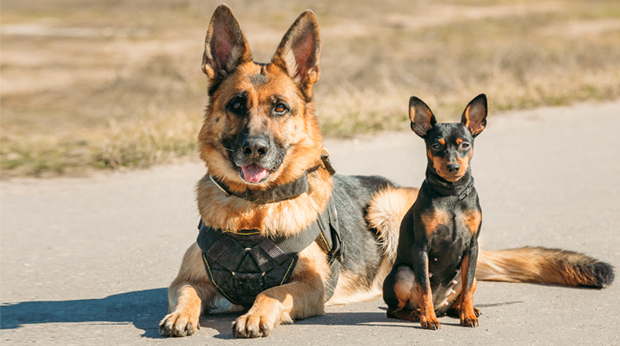 Are big dogs smarter than small dogs? Well, just as there are different types of intelligence in people, there are different types in dogs… and according to the journal Animal Cognition, big dogs DO have a certain advantage. Their bigger brains help them have better memories. For example, when testing dogs’ short-term memory, treats were hidden under a cup, while the dogs watched. Then, the researchers waited 60, 90, 120, or 150 seconds before letting the dogs find the treat. And smaller dogs had a harder time remembering where the treats were hidden, compared to bigger dogs. Bigger dogs also had more self-control, compared to little dogs - like waiting patiently for a treat. And that was true regardless of the amount of training the dogs had received.

However, when it comes to social intelligence, like paying attention to a human and following their gaze, or looking to where a human was pointing, small dogs were just as in-tune with humans as bigger dogs.