Intelligence For Your Life - Who’s Better At Finding Food: Dogs Or Cats?

If your life depended on finding food, which pet would you rather have by your side... 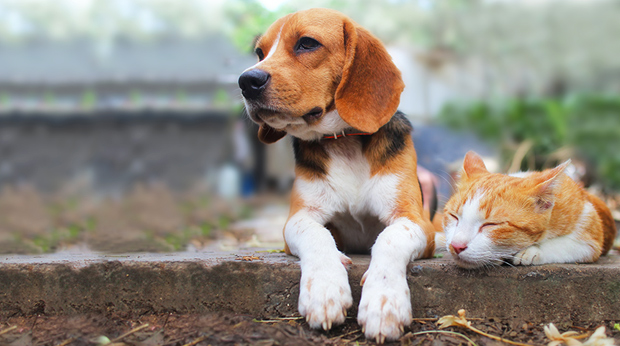 If your life depended on finding food, which pet would you rather have by your side – a cat or a dog?

Well, this may not come as a shock to most people, but DOGS are officially the most persistent pet – especially when there’s food involved. That’s according to a study in Scientific American, which tracked how cats and dogs responded to researchers pointing toward hidden food. Meaning, meals that were out-of-sight in a closet… under a couch… or hidden in a box, for example. The result? Generally speaking, both animals were excellent at recognizing the direction researchers pointed, and going to investigate. But since dogs have a stronger sense of smell, they tended to KEEP looking for food until they actually found it – even if it meant scratching, digging, and barking for help… while cats usually GAVE UP if they couldn’t easily access the food on their own.

In fact, researchers say that’s one area where dogs are superior “puzzle solvers.” Because if they KNOW a meal is hiding in a locked closet, for example, they’re significantly more likely than cats to go find a human to help open the door……and turn the task into a team project! While cats would rather move on to something else they can do on their own, like take a nap.

Meaning: You now know why I’ll have my dog Lucy by my side when the apocalypse comes and we need to feed the family!