Intelligence For Your Life - Who Loves Us More: Dogs Or Cats?

Who Loves Us More: Dogs Or Cats?

Find out which pet has the biggest capacity for emotion! 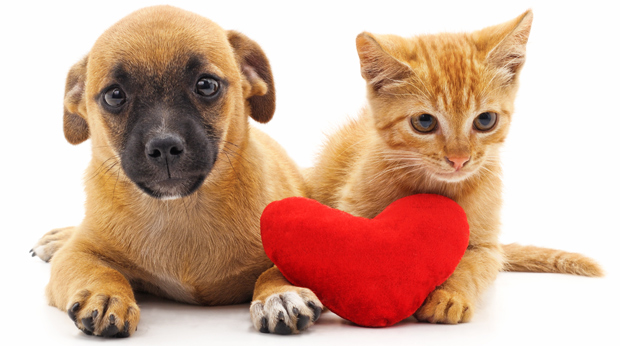 It’s not that your cat doesn't love you... it’s just that cats aren’t wired to feel much of anything, emotionally.

Now, it’s been proven over and over that having a pet is great for your health: It lowers blood pressure, relieves stress, reduces the risk of heart attack, and improves sleep. But if you’re looking for a pet that’ll show you the most love - you may want to choose a dog over a cat. Because, according to a new scientific study, dogs love their owners almost five times more than cats do.

In the experiment, neuroscientist Paul Zak, separated dogs and cats from their owners and tested their saliva for oxytocin, the love and bonding chemical. But humans and animals produce oxytocin when they feel affection. Then, the owners and their pets were reunited and spent 10 minutes playing together - after which the pets’ oxytocin levels were tested again.

The result? The dogs’ levels had shot up 60% on average... with one dog’s oxytocin level spiking 500%! And the cats? Their oxytocin barely moved the needle. It only went up 12% when their owner was around. So yes, your cat loves you... but they’re just not wired the same way dogs are - to basically lose their mind when their owner comes home at the end of a day. Your cat is more like, “Oh, you’re home? Cool.”