Intelligence For Your Life - Which Breed Is Most Affectionate?

Which Breed Is Most Affectionate?

The University of Sydney looked at 60,000 breeds to determine which is most affectionate... 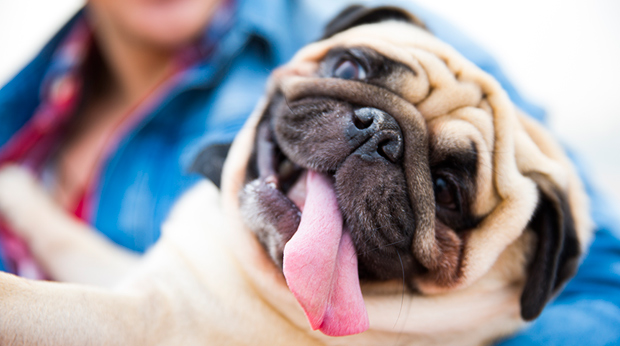 Which type of dog is the most affectionate and makes a better guard dog? Weirdly, it’s dogs with snub noses! Professor Paul McGreevy, an animal behavior expert at the University of Sydney led the research - which looked at 60-thousand dogs of all shapes and sizes. And they found that snub-nosed breeds like pugs, bulldogs, French bulldogs, and Boston terriers rated highly when it comes to showing affection. The proper term for dogs with smushed faces is brachycephalic breeds.

Those types of dogs also rated highly as guard dogs. They were more likely to feel threatened by a strange presence. For example, in the study, when a person stood under a sheet or the dogs were presented with a cardboard cut-out of a person, snub-nosed breeds were more likely to show defensive aggression - like biting, barking and lunging.

In another study, Professor McGreevy found that small dogs in general - smushed face or not - are more likely to be aggressive, disobedient and prone to humping - than larger dogs.

McGreevy speculates that is because those dogs were bred for running and hunting and weren't typically "house dogs," so they didn't evolve as family protectors.