Intelligence For Your Life - What Type Of Cat Is Least Likely To Be Adopted? Black Ones.

What Type Of Cat Is Least Likely To Be Adopted? Black Ones.

Which is why 70-percent of cats at rescue shelters are black. 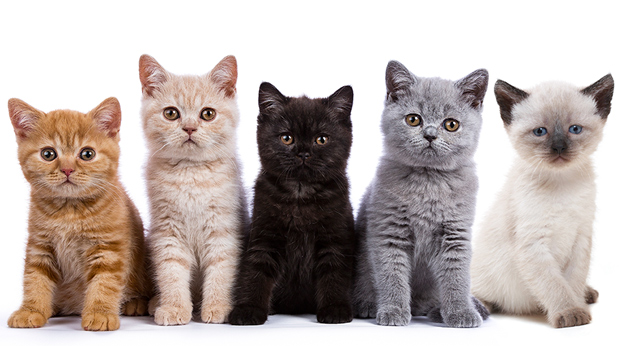 So why don't black cats get adopted?

As a result, orange or Siamese kittens are usually adopted within their first day at a shelter. But black cats can be there for months. Then there's the perception that black cats are unlucky. It started in the Middle Ages, when black cats were associated with the Black Plague - and all but killed off - even though they had nothing to do with spreading disease. Then, in the 16-hundreds, black cats became associated with witchcraft.

And the truth is - black cats aren't unlucky - and they're not mean. In fact, a lot of black cats are Bombay breeds, which were bred to look like miniature panthers - and they're known to be sociable and easy going.
If that doesn't sell you - consider this: Black fur won't show on your little black dress.