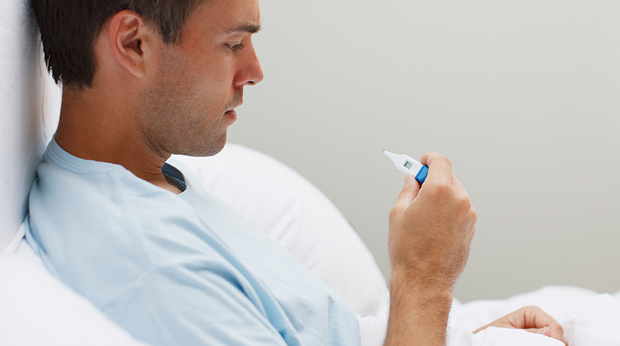 What’s normal human body temperature? 98.6 Fahrenheit, right? Well, not exactly! For most adults, normal body temperature is actually half a degree cooler. 98.1. So, how come the wrong temperature was established as the standard? Well, back in the mid-19th century, German doctor Carl Reinhold August Wunderlich decided to establish the norm for human body temperature. He acquired a new-fangled invention – the mercury thermometer – a 1-foot long glass tube that was held under the armpit for 11 minutes to get a reading. He took the temperature of 25,000 people at different times of day. He discovered that temperature differed from person to person. For everyone, it was lowest in the morning, and highest in the afternoon as activity and metabolism picked up. The range: between 97.2 and 100.4 degrees.

Once he had all the numbers, he had to calculate the “average” of over 1 million readings by hand – since the calculator had not yet been invented. He came up with the now-familiar average of 98.6. More recent studies discovered that not only is average human body temperature lower than that, it’s also different for different groups of people. For example, it’s slightly higher in women than men. Slightly higher in blacks than whites. Slightly higher in children than adults. On the flip side, body temperature is slightly lower in senior citizens. The overall average is 98.1 degrees. Of course, scientists were puzzled about how Dr. Wunderlich came up with 98.6. So, they examined his only thermometer. The result? The thermometer was calibrated incorrectly – so all of his readings AND his results were false.