Intelligence For Your Life - Were You A Sleepwalker As A Kid?

Were You A Sleepwalker As A Kid?

Heads up, parents and grandparents.  If you were a sleepwalker as a kid... 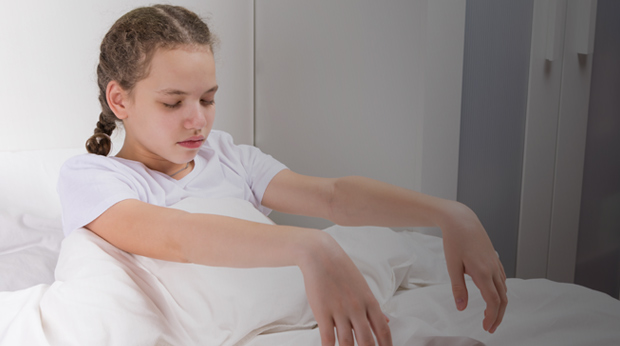 Heads up, parents and grandparents. If you were a sleepwalker as a kid, your own children are more likely to be sleepwalkers, too! That’s according to research from the Stanford University School of Medicine. They found that 30% of adults reported having sleepwalked at least once in their lifetime. And a‑third of those who had been sleepwalking within the past year admitted they had family members who did the same thing.

Researchers at the University of Montreal believe it’s down to the DNA linked to deep, slow wave sleep. They found that children who had one parent who was a sleepwalker were 3 times more likely to sleepwalk. And when both parents were sleepwalkers, a child’s chances jumped an additional 4 times. The good news is that sleepwalking is more common in children than adults, and most of them outgrow it. But it’s always good to keep one eye open, because not knowing your child has this tendency can get them seriously hurt. Our daughter was a sleepwalker for a while when she was young and it scared us to death. You might want to do what we did – and set up monitors to alert you if your kid tries to sleepwalk out of their room.