Intelligence For Your Life - We Really Are Pet "Parents!"

We Really Are Pet "Parents!" 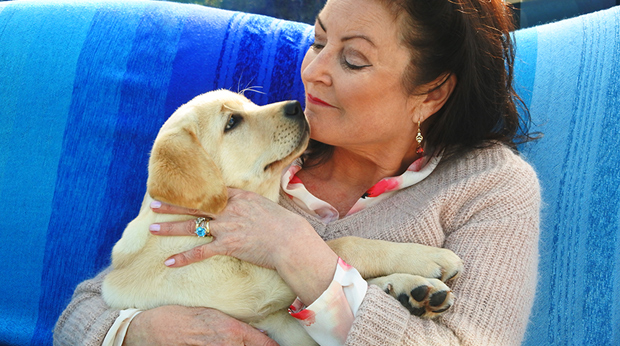 The term “pet parent” is very appropriate..... because new research shows puppies, as young as 2 months old, naturally trust humans like they’re their own mother. Animal behaviorist Dr. Claudia Fugazza led the research, and she and her team found that puppies take emotional cues from their mothers, as well as people nearby, to figure out whether they should be fearful in a new situation, or around an unfamiliar object. And despite being separate species, puppies instinctively trust humans like one of their own. Dr. Fugazza says that’s due to thousands of years of domestication. Dogs have learned to treat people like members of their own pack.

For the study, Dr. Fugazza put puppies and their mothers in rooms with unfamiliar objects - like a table fan blowing ribbons attached to it. When the canine mothers didn’t react or seem bothered by the fan, the puppies weren’t fazed either. And when the puppies were alone with a human and an unfamiliar object, the puppies had the same response. They followed the emotional lead of their mother - or a human. The puppies trusted that their reaction was right - and they were comfortable as long as the human or their mother was relaxed and comfortable. The scientists say, this learning behavior is called “social referencing.” And the scientists say human dog owners should exude positivity when showing their dogs or puppies new foods or environments. That’ll help your pet settle in and relax. Because any emotions we display when introducing puppies to new situations can influence their behavior long-term. So if you don't want a fearful, anxious, reactive dog - you need to show them that you are calm and positive. Your dog will follow your lead, because you’re the parental figure in their life.