Intelligence For Your Life - US Olympians Training With Navy SEALS

US Olympians Training With Navy SEALS 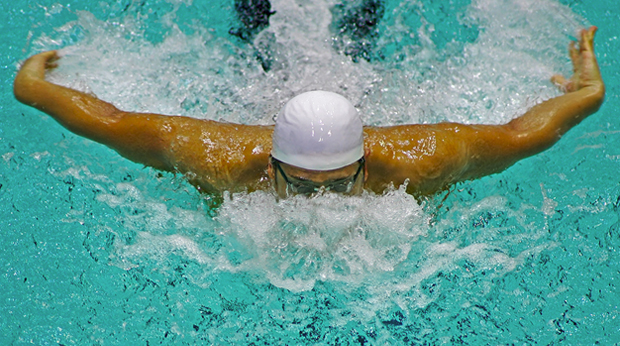 What's Team USA's secret weapon for this year's Olympic games? It's training with Navy SEALS! The elite military unit is conducting extreme work-outs based on real SEAL drills to give several American sports teams an edge.

For example, they recently put the women's sailing team through the "Sugar Cookie." That's when you jump into the freezing cold ocean, then race back to roll around on the sand, and repeat it for hours on end. Another SEAL drill? Teams hoisting and carrying a 200-pound log above their heads while running a race.

Just like in the real Navy, the athletes are punished with a series of 500 push-ups if one team member doesn't finish a challenge, or is late to practice. Gold-medal swimmer Michael Phelps went through SEAL training before the last Olympics, and the women's field hockey team credits SEAL training with their victory in the Pan Am games, which qualified them for a spot at this year's London games.

So, why are Olympic athletes getting military workouts? Dr. Wendy Borlabi is a psychologist with the United States Olympic Committee. She says SEAL drills are the perfect Olympic training, because they're brutal physically and mentally, and teach gold medal-worthy lessons, like teamwork, never giving up, and making split-second decisions.

The training is so intense and draining, the SEALs advise athletes to focus only on their next step, to ignore their discomfort, the pain shooting through their muscles, the doubts about whether they can do it, and to simply put one foot in front of the other. That's what it takes to win a gold medal.