Intelligence For Your Life - Understanding Your Cat!

We have intel from zoologists to give you insight into your feline friend. 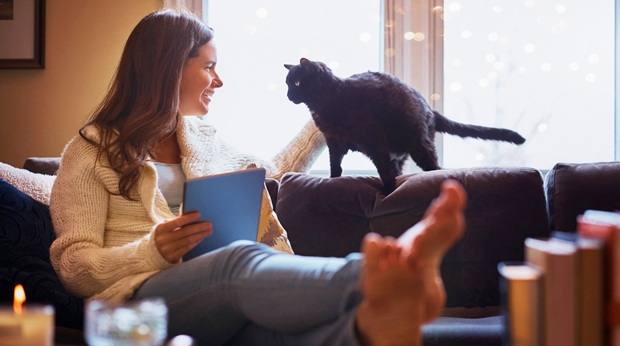 Even cat lovers may not understand their cats! That’s the message from John Bradshaw, an anthro-zoologist and author of the book "Cat Sense”…

He says, the number-one thing that we humans don't understand about our cats is: That they don't automatically get along with other cats. For the most part, dogs can get along with each other pretty quickly – but cats take more time to bond. That’s why, when bringing another cat into the house, you need to separate the two for at least a week, sometimes more, to slowly get them used to each other’s scent and presence.

Cats are animals whose main security comes from having a place to live… whereas dogs get their security from having a human around. Bradshaw says that means we don't have to worry that our cat is lonely without another of its kind – or even us, for that matter. Cats will eventually get bored if there’s no stimulation whatsoever from another creature – feline or human. But they won’t get distressed the way dogs do when they’re left alone.

So can cats feel emotion? Bradshaw says yes, but their faces don’t show emotion like dog’s faces do. Cats also only feel gut-feelings like affection, anger, or anxiety. Cats – and dogs for that matter - can't feel complex emotions that are exclusive to humans, like embarrassment. They don't have the ability to think about what they should and shouldn’t do. They live in the moment.

Okay, now for the biggie: Are cats smarter than dogs? The answer is no. Dogs are smarter in the sense of being able to understand humans. In fact, they’re the smartest animals on the planet as far as reading human body language, facial expression, and tone of voice. Bradshaw says no other animal is as emotionally intelligent as a dog. For example, if you’re sad, a dog can tell and will attempt to comfort you, by being close or resting their head on your knee. Cats aren’t that in-tune with human emotion. But dogs learned early on in the domestication process how to read humans so they could live with us and be taken care of by us. That's pretty smart.