Intelligence For Your Life - Train Your Brain To Crave Healthy Foods

Did you know you can train your brain to crave healthy foods? 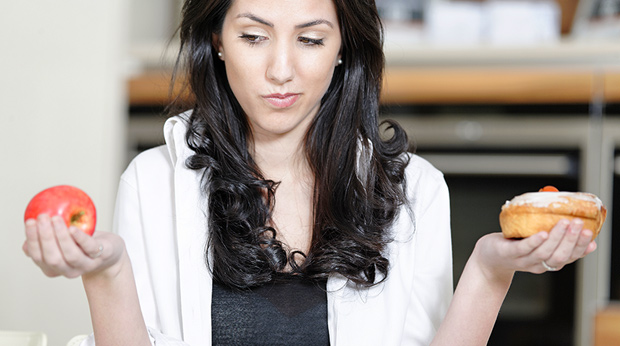 Did you know you can train your brain to crave healthy foods? That’s the word from Susan Roberts, a nutrition expert who says for most of human history, people didn’t have an unlimited supply of food to eat.  You either had to catch it and kill it – or grow it. So, our brain’s hard-wired to crave calorie-rich foods, so we have enough calories to survive. But in this day and age – we have more than enough food and calories. Our survival isn’t at risk anymore. So we need to retrain our brains to crave healthier, low-calorie foods.

Here’s how according to Roberts:

First: Remove all unhealthy food from your home.  Then: For TWO WEEKS, carry only healthy snacks, like apples or high-fiber cereal bars, and have one whenever a craving hits. Why two weeks? Because research shows that people generally crave whatever they eat in large quantities. So, even if you eat nothing but rice cakes for two weeks, you’ll eventually learn to crave those. Basically, what we surround ourselves with becomes our new normal. That’s why person in Japan is more likely to crave sushi than a burger.

Finally: After two weeks, bury the foods you crave using “the sandwich technique.” That’s Roberts’ term for having a 100 calorie snack in the middle of your meals. Her thinking is that if you eat chocolate at the beginning of meals, your brain will associate it with satisfying your hunger.  And if you wait until the end of meals, your brain will remember it as the last delicious thing you tasted.  But when you bury snacks in the middle of meals, you’ll crave them less.

If you want to train yourself to crave healthy foods, check out Susan Robert’s book, “The Instinct Diet.”