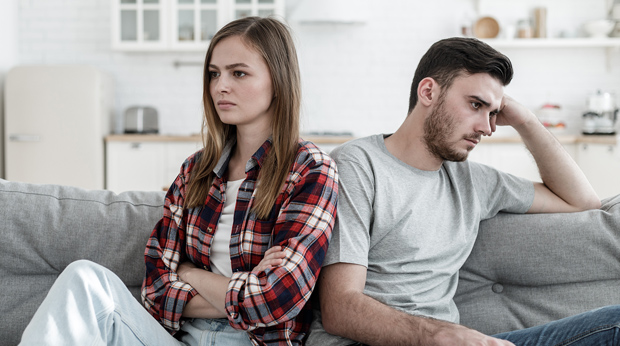 If you want your relationship to last, don't try to "keep up" with the Kardashians. That's the message from our friend, psychologist Dr. John Gottman. Over the years, he's identified some toxic behaviors that can predict whether a married couple will divorce with 93% accuracy. And to illustrate his point, Dr. Gottman broke down how TV star Kim Kardashian and basketball player Kris Humphries interacted with each other during their short marriage. He says if you want to have a better relationship than they did, here's what not to do:

First, avoid: CONTEMPT. That's where you speak to your partner like they're worthless, or 'beneath' you, like when Kris made comments to Kim about how her fame wouldn't last. Dr. Gottman says whether that's true or not, it was obvious that Kris didn't respect Kim or her priorities. And research shows that couples who eventually divorce express over twice as much contempt during disagreements as those who stay together.

The 2nd toxic behavior: DEFENSIVENESS. That's a tendency to blame your partner when something goes wrong, and never yourself. Like the time when Kim and Kris jumped in the ocean, and Kim lost a pair of diamond earrings. Rather than take responsibility for the fact that she chose to wear earrings in the ocean, Kim blamed Kris for horsing around with her. Dr. Gottman says no one likes being painted as "the villain," which is why defensiveness can suck all the life out of any relationship.

The final toxic behavior: STONEWALLING. On "Keeping Up With The Kardashians," a good example of stonewalling is when Kim revealed to Kris that she did not plan to change her last name when they married. And rather than discuss it, Kris turned on his cellphone, and completely shut her out. Dr. Gottman says happily married couples learn to talk about their problems, and reach some kind of compromise. But stonewalling only makes your partner feel devalued, and that's a recipe for divorce.