Intelligence For Your Life - To Hug Or Not To Hug?

To Hug Or Not To Hug?

Are you a hugger? Does hugging make you uncomfortable? You might not be alone. 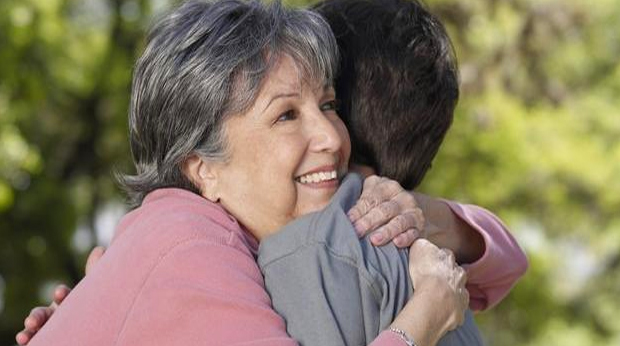 To hug or not to hug?

It’s a debate that more people are having these days, after new studies show we’re becoming more of a “medium touch” culture. In other words, we don’t hug nearly as much as people in places like Spain and France, where every hug comes with a kiss, usually on both cheeks. But we definitely hug more than people in Japan, who prefer bowing when they say “hello” or “goodbye”.

In fact, watch any awards show today, and you’ll likely see celebrities hugging their way down the red carpet. And when we watch sports, it’s becoming more common to see players hugging after every play.

The problem is, a lot of people still don’t like hugging. Especially at work, where surveys show that most people think it’s an invasion of their “personal space”, even though hugs are proven to boost the immune system and promote team bonding. Despite those benefits, many employers and schools restrict hugging and why hugging the wrong co-worker, at the wrong time, can result in a lawsuit.

But know this: If you do give someone a hug, a new study in The Journal of Ethology says the ideal hug lasts about *3 seconds. *That’s based on a recent analysis of hundreds of hugs among athletes at the 2008 Beijing Olympics. Researchers say it didn’t matter what country the athletes were from, if they were men or women, teammates or rivals, or if they were celebrating a win, or consoling each other after a loss. Most hugs lasted just 3 seconds.

And it turns out, that matches the “time window” for many other basic human actions, including waving or greeting someone with a kiss. Even when we breathe, the typical cycle of inhaling and exhaling lasts about 3 seconds.

So, what do you think. Are you a hugger or not? How do you handle huggers if you aren't one?  We'd love to see your comments below.