Intelligence For Your Life - The Science Behind Cat People

The Science Behind Cat People

You’ve probably heard that old joke about cat-ladies, or seen the crazy cat lady character on the Simpsons... 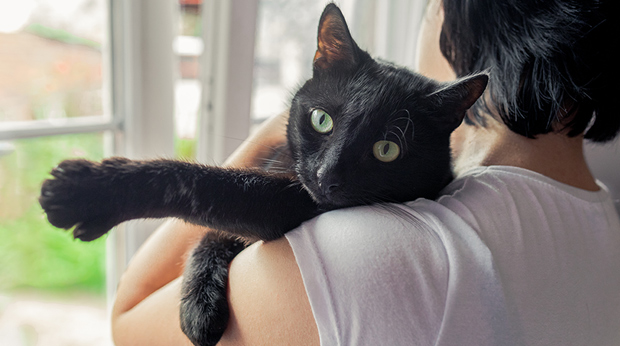 You’ve probably heard that old joke about cat-ladies, or seen the crazy cat lady character on the Simpsons. Well, it turns out there’s more science than myth when it comes to cat ladies. A recent study, published in the journal Behavioral Processes, found that cats form intense bonds with people, particularly if that owner is a woman!

Researchers from the University of Vienna videotaped cats and their owners for hours at a time and analyzed what they saw. They determined that cats and owners interact in almost exactly the same way as mothers and babies, and the bond between the two is similar. In fact cats and humans can be so closely bonded that they actually influence one another’s behavior. They’re able to read subtle clues that tell the owner – or the cat – what the other wants. Like if they cat flicks its tail, the owner immediately understands that the cat wants to be petted.

The researchers also discovered that women and cats develop a give-and-take relationship. The woman does something nice, the cat remembers it and gives her positive feedback, and the cycle goes on and on until the pair are totally committed to the relationship.

This explains why, according to one survey, that 80 percent of cat owners are women. But are they all old spinsters, living alone and spending their social security check on food for their fifty-seven cats? Not exactly. According to the U.S. Pet Ownership and Demographic Sourcebook, 61 percent of cats-owners are married, and about half are married with kids.