The Oyster Population Is Dying Off At An Alarming Rate 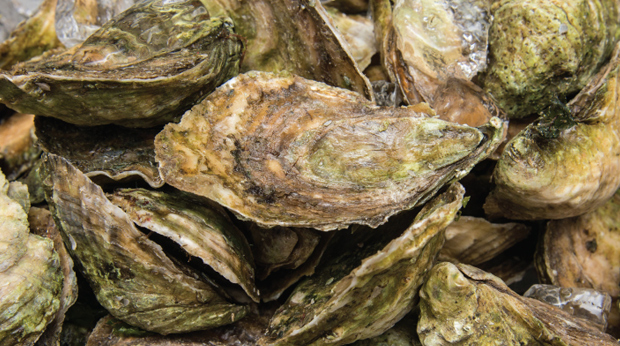 Forget about poor-boys or shooters because according to a new study, wild oysters are almost extinct! A team of researchers from the University of California, Santa Cruz looked at reef conditions in over 140 bays around the world. They found that 85 percent of oyster reefs have been destroyed by disease or over-harvesting. Using statistics going back over a hundred years, they compared the current oyster population with how many oysters used to live in each area. In about two-thirds of those reefs, the population is so low that it's at levels that scientist call, functionally extinct. That means there are so few oysters left that they're not making an impact on the eco-system anymore.

When it comes to oysters, that's actually a really big deal. Oysters are filter feeders. They suck water in through their gills, feed on all the gunk and particles suspended in the water, and then expel clean water out. So a thriving oyster population keeps nutrient levels in check, which means algae can't get out of hand and choke off the oxygen in the water. Without oysters the whole system breaks down, and that's already happening. Take the Chesapeake Bay in Massachusetts. Way back when the oyster population there could filter ALL the water in the bay in four days. Now levels are so low that it takes A YEAR! All the extra impurities in the water are contributing to "dead zones" in the bay, where nothing at all can survive because of a complete lack of oxygen!

The authors of the study say things are bad for oysters and getting worse. The entire population could be wiped out within a generation if we don't step up reef conservation. That being said, oysters are delicious. So if you want to get a taste without contributing to the downfall of the species, try eating farm raised oysters that are sold under the name American Oysters, Blue Points Oyster or Common Oyster. According to Seafood Watch, these types are all sustainably raised and very well managed!