Intelligence For Your Life - The Next Time You're At Starbucks, Order The "Short"

The Next Time You're At Starbucks, Order The "Short" 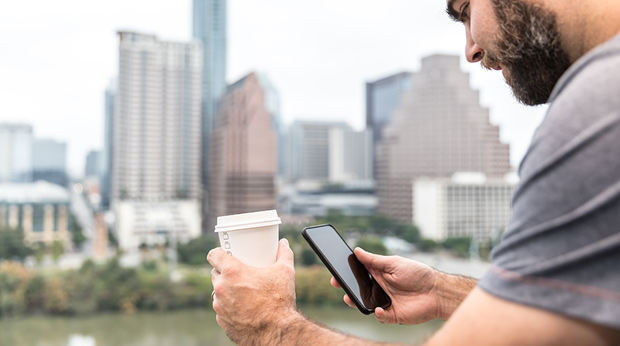 I've got a little tip for you the next time you go to Starbucks. You don't have to order a Tall, Grande, or Venti. You can order a "short" - which is their smallest size at only 8 ounces.

It's a secret that you won't see on their menu boards. And you'll only get this size if you ask for it by name. But don't ask for a "small". Anyone asking for a "small" will get a "Tall", which is the smallest size advertised. You have to ask for a "short". If the barista looks at you like you're crazy, ask for a "child's size".

It makes a big difference. A "short" mocha Frappuccino will save you 100 calories, 4 grams of fat, and it'll cost less too. So why isn't this smallest size advertised? Two reasons. First, in America, we're all about more is more. We love things super-sized. So a lot of companies don't even bother making smaller sized food items anymore.

That's not the case in other countries. For instance, in Spain, Starbucks doesn't even offer their largest Venti size - which would be a 20 ounce cappuccino. Why? Because people in Spain don't have the super-sized bug like we do here.
They don't need 20 ounces of frothy, milky sweet coffee. And in Japan and Hong Kong, the "short" size is listed on their menus.

Another reason you won't see smaller sized food items in America: most food companies want you to buy the largest and most expensive items. They fear that if you have an option of something cheaper, you'll take it. Like, in certain areas of the U.S., the smallest size of French fries on the menu at Burger King is a medium. Although they do still carry a small - you just have to ask for it.

So what's the lesson here? According to Dr. James Tillotson, a professor of food policy and international business at Tufts University, you should always ask if they have a smaller size than is listed on the menu - like a child's size portion. If not, just ask to only be served a half portion. You'll probably still be charged for the smallest size available - but at least you'll be controlling your caloric intake.