Intelligence For Your Life - The Latest Teenage Trend Is Hugging

The Latest Teenage Trend Is Hugging

There's a new trend popping up among teenagers. It's hugging. 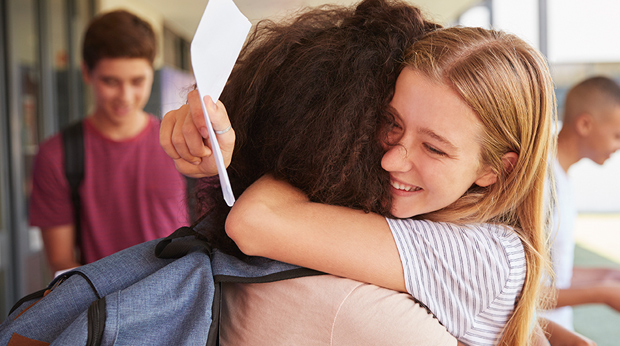 In fact, there's so much hugging at one high school mentioned in the article, the students have broken down the hugs by type! Some of the hugs include: The basic "friend" hug, the bear hug, and the "bear claw" - which is when a boy embraces a girl awkwardly with his elbows poking out. Hugging has become so popular, that some students complain that they feel like they've got to hug to fit in!

So what's with all the hugging? Some sociologists feel that teenagers who grew up in an era of organized play dates and close parental supervision - like today's teens - are more cooperative with one another than previous generations. So, maybe teenagers don't mind hugging each other because they're used to hanging out in groups and getting along with everyone. Amy L. Best - a sociologist at George Mason University - feels that the teenage embrace is a reflection of the fact that the American greeting has become less formal over the years. Think about it. In the 50s, interactions were more formal. People had stricter personal boundaries. You'd never see a girl hugging a boy unless they were dating.

Not everyone supports the new hugging trend. Parents - who grew up in a generation more likely to use the handshake, the low-five, or the high-five - are often baffled by the trend. Some schools have imposed a "3 second" rule or banned hugging altogether. Why? Some schools say all this hugging clogs hallways, or causes students to show up late to class. Some schools also claim it goes along with their rules against public displays of affection, and that they're trying to maintain an atmosphere of "academic seriousness." Of course, there's the issue of sexual harassment. However, pro-hugging students say hugging isn't supposed to be a romantic gesture. It's simply the "hello" of their generation.