Intelligence For Your Life - Tennis And Swimming For A Long Life

Tennis And Swimming For A Long Life 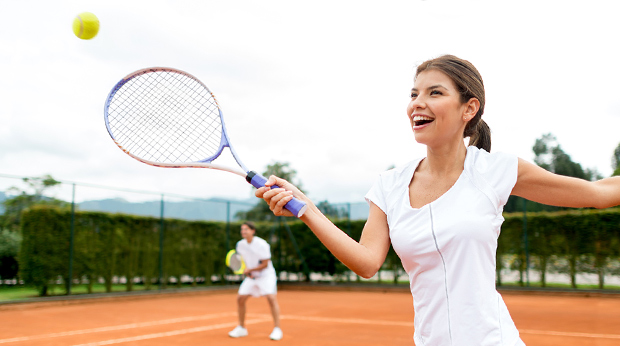 Want the best odds of living to be 100? Then start playing tennis or go swimming more often.
That’s according to a new University of Oxford study, based on 80,000 men and women. Researchers tracked each person’s physical activity for nearly a decade. And as you’d expect, those who got at least 30 minutes of moderate activity most days lived longer than those who didn’t exercise at all. That makes sense, since exercise is a proven way to lower our risk for chronic diseases.

But when researchers looked at participants who lived the longest, two common activities jumped out: Swimming and racquet sports. So, think tennis, racquetball and even ping-pong. In fact, people who played racquet sports were a whopping 47% more likely to outlive their couch potato peers – the best results in this study! What’s so special about swimming and swinging a racquet? Well, one factor is you can do them at ANY age. For example, when researchers looked at runners, they found that many people stopped running after they suffered an injury, or grew too frail.   But nobody’s ever “too old” to hop in a pool. And even with badminton, the game is gentle enough that it’s one of the most popular activities offered in retirement homes. That’s key because it means swimmers and tennis players are the most likely to keep getting regular exercise, no matter how old they are. And because they’re getting a full-body workout - swimmers and tennis players stay healthier, longer than those who play others sports.