Teens Are Biting Each Other As A Sign Of Affection

Teens have really sunk their teeth into the vampire craze. With the popularity of the "Twilight" movies and TV shows... 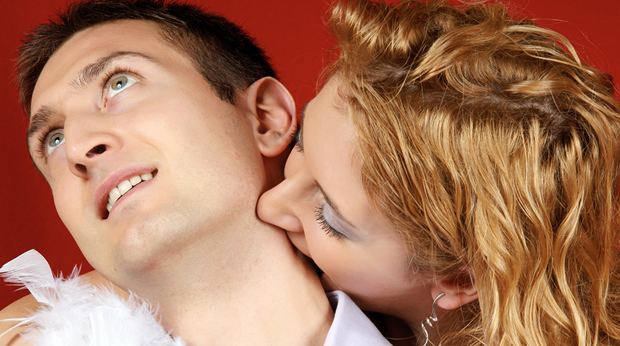 Teens have really sunk their teeth into the vampire craze. With the popularity of the "Twilight" movies and TV shows like "True Blood" and "The Vampire Diaries," many teens are acting like their favorite vampire stars and actually biting each other - tearing into the flesh of their friends. According to CBS News, the trend goes deeper: Some teens are even cutting their skin so they can taste one another's blood. 15-year-old Paola Hernandez says tearing into the flesh of your friends has nothing to do with being mean. It's just a way teens mark their territory or show their love and devotion for each other. Experts say it's very dangerous.

Even with the dangers, psychologists say teens are biting each other because they see movie characters doing it and it looks powerful. Biting also stokes their new-found sexuality and a feeling of "owning" or "belonging to" someone else. Missy Wall is the program director for Teen Contact, an organization that provides classes and hotlines for troubled teens. She calls biting the "modern-day hickey." In fact, some kids are so proud of their bites, they post videos of them on YouTube or have their bite marks permanently tattooed on their skin.
So, parents, how can you protect your teens? Talk to them about the dangers of biting, and let them know there are much safer ways to display love and friendship. If your child does get bitten, wash the bite with soap and warm water, and avoid using peroxide - because it can make a bite even worse. Keep an eye out for signs of infection, and if you see swelling, redness or pus at the bite site, take them to the doctor.