Intelligence For Your Life - Teenagers: The Movies You Watch May Cause You To Binge Drink

Teenagers: The Movies You Watch May Cause You To Binge Drink 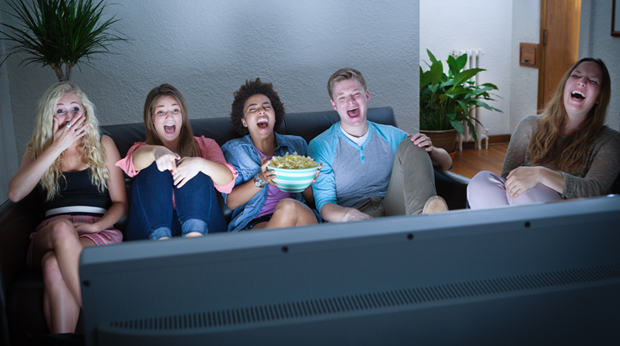 Attention, teenagers! Start paying attention to what movies you're watching. That's because a new study found that simply watching certain movies encourages teens to binge drink, and it could have deadly consequences.

Researchers studied 16,000 teenagers and asked them things like "How often do you drink alcohol?" and "What type of movies do you watch?" Then, researchers calculated the number of movie scenes that contained any mention of alcohol that each teen was seeing.

The result? The more movies teens watched featuring alcohol, the more likely they were to drink. In fact, teens that watched movies that heavily featured alcohol, like the blockbusters "The Hangover" or "Bridesmaids", were twice as likely to binge drink as teens who didn't watch them.

So, why do movies encourage dangerous drinking? Experts say it's because in movies, people who drink alcohol are often portrayed as funny or popular, so a lot of teens think that if they drink, then they'll be funny and popular, too. But experts warn they often don't realize that alcohol can turn deadly fast.

Bingeing can cause everything from seizures, to stroke, to death. In fact, over 200 people die every day because of alcohol.
The authors of the study say it's not just images of people drinking; it's the product placement that puts brands like Patron and Heineken in the spotlight.
And they say Hollywood should treat alcohol the same way it does tobacco. Because product placement in movies is forbidden for cigarettes in the U.S., but is legal and commonplace for the alcohol industry, with half of Hollywood films containing at least one alcohol brand appearance, regardless of the film's rating.