Intelligence For Your Life - Teenage Boys Are Obsessed With Sneakers

Teenage Boys Are Obsessed With Sneakers 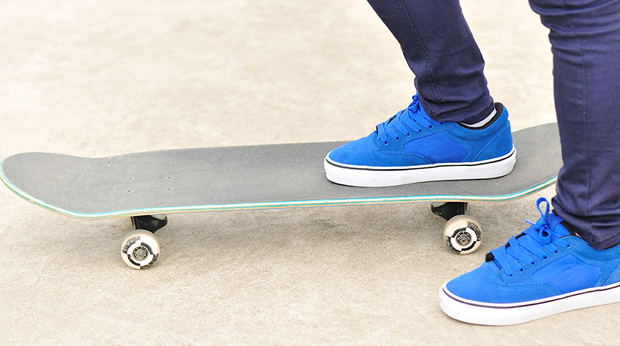 Parents: Have you looked in your teenage boy's closet lately? According to the Associated Press, teen and tween boys are obsessed with having the latest, coolest, and hippest sneakers. In fact, experts are calling teen boys "the Imelda Marcos of sneakers!" It's not uncommon for the average boy to own dozens of pairs of sneakers. They'll build their entire outfit from the ground up, based on which pair of sneakers they've decided to wear for the day.
Where does this sneaker obsession come from? Dan Cherry is an advertising executive in New York, who's worked on sneaker campaigns for Michael Jordan and Nike. He says sneakers represent a chance for boys to express their individuality. That's because the right pair of sneakers can tell the world what you're into - whether it's hip-hop, rock, basketball, or skateboard culture. Cherry also says that for some boys, owning a cool pair of sneakers is a safety issue.
We've talked before about how wearing an expensive pair of Air Jordans might make you a target for thieves, but some teens say it's just as bad to own a pair of discount sneakers, because you might get beat up if you, quote: "look like a dork." As you might expect, owning a large sneaker collection can get very expensive, especially when you see people buying and selling vintage or rare sneakers on eBay for thousands of dollars! We logged on and found a pair of very rare Air Jordan Retro Blue Suede sneakers going for $7,000. So, what do you do if you're a parent whose teen is obsessed with sneakers?