Tattoo Removal May Help You Land Your Dream Job

What’s one thing that’s standing between millions of people and their dream job? 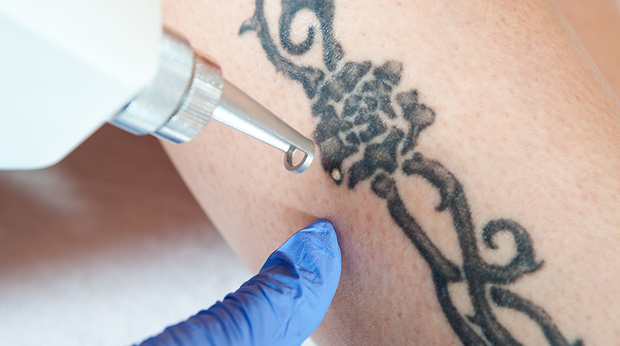 What’s one thing that’s standing between millions of people and their dream job? A tattoo.

So, to gain an edge, people are spending thousands of dollars getting their ink removed. In fact, the American Society for Aesthetic Plastic Surgery reports that the number of people undergoing laser tattoo removal jumped 43-percent just in the last year alone.

Experts say that laser treatments are the most effective method for removing tattoos. But it’s expensive. It usually costs a few hundred dollars per treatment, and most tattoos require at least 4 treatments. It’s also not a magical fix-all. That’s because laser tattoo removal uses heat to destroy the dyes, and it sometimes leaves behind scarring, discoloration, or an outline. The treatments can also be painful, like someone constantly snapping a rubber band on your skin.

So, what once-popular tattoo fads are the biggest regrets, and being lasered off in record numbers? Tramp stamps take the top spot. Those are designs on the lower back, and were mainly popular with women.

Other tattoo fads that are getting lasered away include barbed wire designs around the biceps, lower-back tattoos, and Chinese characters.