Intelligence For Your Life - Take A Nap Without Waking Up Groggy

Take A Nap Without Waking Up Groggy 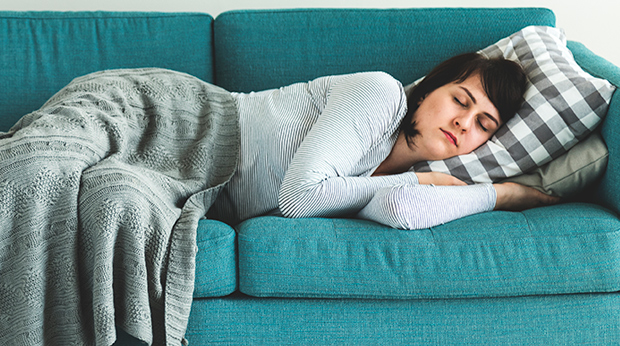 You need a nap but you don’t want to wake up groggy… So, here’s how to do it:

First: If you have 10 minutes to nap: Don’t change into PJ’s. Instead, lie on your bed or couch fully clothed, with a blanket over you. And keep the shades open to let in some natural light, so it’ll be easier to wake up again. Even if you don’t fall asleep, just lying quietly with your eyes closed is enough to give you a little boost. According to a Flinders University study, even a 10-minute nap or rest will help you feel more alert and improve your cognitive performance.

Next: If you have 20 minutes, try the ol’ caffeine nap: Right before you lie down, quickly drink a cup of coffee. Caffeine usually takes half an hour to fully kick in. So if you set your alarm for 20 to 30 minutes, you’ll wake up feeling refreshed, alert and caffeinated.

Finally: If you have an hour to nap, try the free phone app Pzizz to keep you from falling into deep REM sleep, which will make you more likely to wake up groggy. Just select “power nap,” put on headphones and you’ll hear sleep-boosting binaural beats. That’s where two different low-frequency sounds get sent to each ear separately – between 1 and 8 hertz – which allow the brain to relax by encouraging the production of calming Theta and Delta waves. Then, Pzizz will bring you back to wakefulness through voice, music, and binaural frequencies that make the brain alert again. If those aren't enough, it’ll play an alarm just in case. That app again is Pzizz, P-Z-I-Z-Z.