Intelligence For Your Life - Summer Colds Are Worse Than Winter Ones!

Summer Colds Are Worse Than Winter Ones!

It’s not your imagination: Summer colds are worse. In fact, experts say the summer cold season lasts from June to October, which means we’re in peak cold season right now. 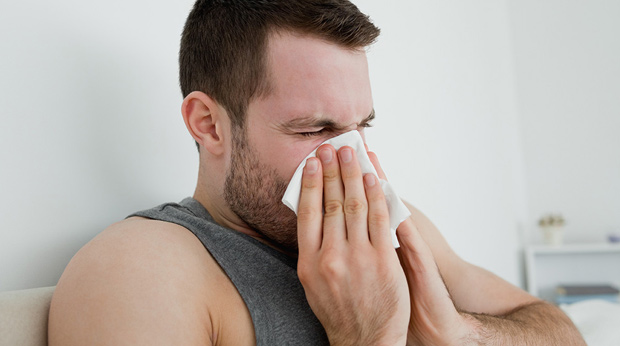 It’s not your imagination: Summer colds are worse. In fact, experts say the summer cold season lasts from June to October, which means we’re in peak cold season right now. And even though we’re four times more likely to catch a cold in the winter, summer colds last longer and pack much more of a “punch."

That’s the word from infectious-disease specialist Dr. Bruce Hirsch. He says cold viruses spread the same way in summer as they do in winter, either through touching germy surfaces or via people coughing and sneezing around each other. The difference is that while most winter colds only last a few days, summer colds can linger for weeks. And they tend to be more severe with symptoms that feel more like a flu, including anything from a high fever to diarrhea and a rash.

Why are summer colds so much worse than winter ones? Dr. Hirsch says one obvious problem is the hot, humid weather, which provides an environment for viruses to stick around longer. Also summer colds typically come from a different virus than winter colds, so some of the things you’d do to fight a winter cold won’t work, like taking zinc.

Another reason summer colds last longer? Because instead of resting, people are still running around, exercising and being active in the warm weather. But if your immune system’s already weak from fighting a cold, strenuous exercise can make it weaker.

Also because summer colds linger for weeks, a lot of people mistake them for allergies. So they don’t treat them properly. So how can you tell the difference between a summer cold and allergies? Experts say if your eyelids are puffy and your eyes are bloodshot, it’s probably allergies. But if you’ve got a cough, runny nose, and fever, you’ve got all the ingredients of a summer cold, and you need to get some rest.