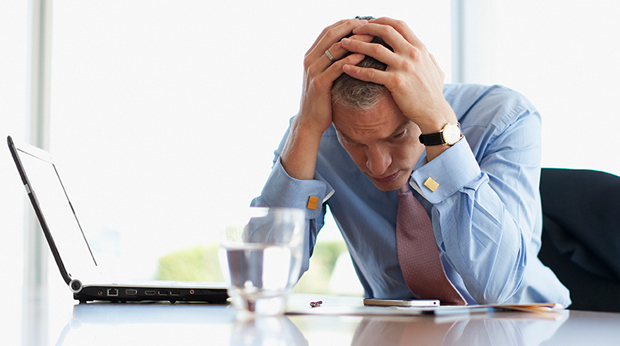 Everyone wants to succeed in their field. Whether they aim for the corner office or a Pulitzer Prize. However, success doesn't guarantee happiness. In fact, almost every successful person faces the double-whammy of burnout and depression. It's called "supernova burnout" - a phrase coined by Dr. Steven Berglas, executive coach and author of Reclaiming the Fire: How Successful People Overcome Burnout. He says it's a psychological disorder that causes anxiety and depression and strikes highly successful people who feel stuck on a career path they no longer find gratifying. Here's how it happens.
A person plods along on their chosen career path, mistakenly believing that once they get to the top, they'll be happy, fulfilled, and satisfied. Once they succeed, they're shocked to realize that nothing has changed. They're the same person, with the same problems they had before. They also feel like their best years are behind them and that whatever they do from then on will be measured against that one achievement. Supernova burnout can happen at any age. Like springboard diver Mark Lenzi. He was overwhelmed by depression just months after he won a gold medal at the Barcelona Olympics. It mostly troubles star performers over 40 who have toiled and sacrificed for decades and finally reached their goals. Then they experience an "Is that all there is?" moment and fall into clinical depression, and self-destructive behavior, like heavy drinking and gambling.
So, what's the takeaway from this? Studies show that satisfaction is not about personal achievement. It's about making a difference for other people. So, volunteer. Find a place where you're needed, and get involved. If you're lucky enough to succeed big time, model yourself after software mogul Peter Norton. He's the guy who invented the "undelete" program to save accidentally erased computer files. In 1990, he sold his company for $70 million bucks and he and his wife became patrons of the arts, and philanthropists working on social issues involving children, like abuse and homelessness.