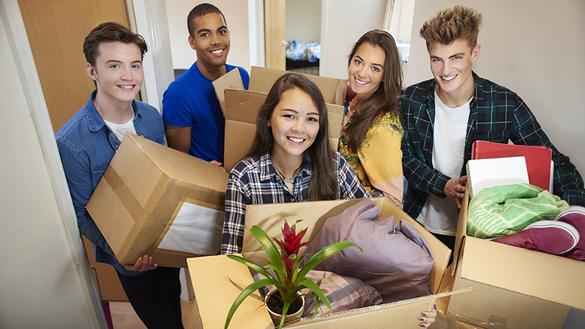 Today, more than 90% of college dorms are coed. Students who live in those coed dorms are much more likely to become binge drinkers. That's the conclusion of research into the lives of more than 500 college students, living in both single sex and coed dorms. Researchers surveyed students on their lifestyle habits. Even though coed dorms have been around for more than 30 years, this was actually one of the first major studies to explore the consequences of young men and women living under the same roof.

A whopping 41% of the coed students admitted to "weekly binge drinking." That's more than double the amount of binge drinkers found in single-sex residence halls. What's disturbing about this data is that the researchers singled out students who were placed in their living situation by their college, rather than students who chose to live in a particular dorm. Why's that important? Brian Willoughby is a professor at Brigham Young University in Utah, who co-authored the study. He says there's a popular perception that some students choose to live in coed dorms because they're more open minded, and therefore more inclined to engage in risky behaviors - like drinking alcohol, or having sex.

What this study suggests is that with all things being equal, the open environment of living in a coed dorm promotes more risk-taking, especially when alcohol's involved. Willoughby says that should be a wake-up call to colleges looking for ways to reduce binge drinking on campus, because recent studies have shown that at least 40% of college students are binge-drinkers. This study not only confirms those numbers, it suggests there are social pressures unique to coed housing that may actually be making the problem worse.