Intelligence For Your Life - Sounds That Calm Dogs!

Got a stressed-out dog that’s frequently barking, jumping and whining? Try calming them with... 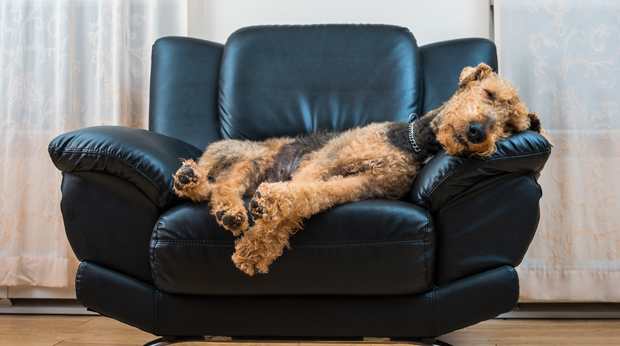 Got a stressed-out dog that’s frequently barking, jumping and whining? Try calming them with recordings of familiar lullabies mixed with the sound of a human heartbeat!

That’s the consensus of more than 2,000 animal shelters across North America – and counting - which have been soothing dogs with tracks known as “Canine Lullabies.” They’re simply recordings of songs we all learned as kids – including “Twinkle, Twinkle, Little Star,” “Row, Row, Row Your Boat” and “London Bridge.” But instead of using a traditional drum or click track, these lullabies follow the rhythm of an actual human heartbeat.

Why a heartbeat? Well, a study from Harvard Medical School found that when babies are exposed to recordings of their mother’s heartbeat, the areas of the brain responsible for learning and communication light up – and babies feel calmer! And with pets, previous studies have shown that shelter dogs bark less when they’re exposed to music that closely matches the TEMPO of a heartbeat. So, think classical music, reggae, and soft rock – but NOT heavy metal, pop or hip-hop!

That research is what originally inspired music producer Terry Woodford to create “Canine Lullabies”… and he says the positive feedback and results he’s seen make sense. Because when you’re in a chaotic environment – like a hospital or shelter – your brain craves structure and order. And from the time we’re in the womb, few things in life are more familiar and orderly than the sound of our mother’s heartbeat!

Want to a soothing soundtrack to play for your own pet? Check out CanineLullabies.com.