Intelligence For Your Life - Snorting Smarties 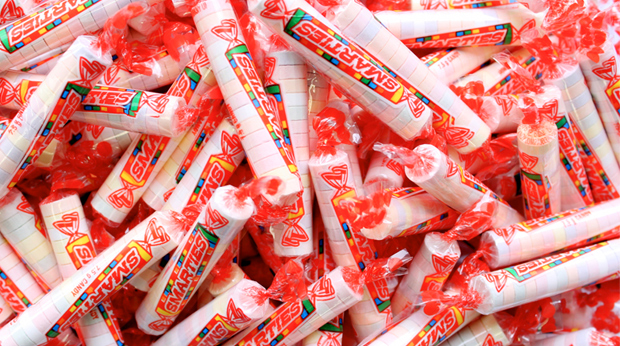 Parents: Your kids might not be smoking, drinking or abusing drugs. But they might be abusing candy. Yes, candy. It's called "snorting Smarties" - and experts say it's definitely dangerous.

Experts say that more and more kids are buying tart, chalky candies like Smarties, SweeTarts and Necco wafers - but not to eat.

Instead, they're crushing the candy to powder and snorting it. Dr. Mark Shikowitz is an ear, nose and throat specialist at Schneider Children's Hospital in New York. He treated a 9-year-old boy who complained that his nose was burning, and found a piece of candy slowly dissolving inside his nostril. The boy recovered, but Dr. Shikowitz points out that frequent candy "snorting" could lead to infections of the nose, sinuses and lungs, as well as disgusting but rare conditions, like maggots feeding on the sugary dust lodged inside the nose.

Experts also say that when kids mimic bad adult habits, they're more likely to take up the real habits as they get older, which means, kids who snort candy are more likely to snort cocaine and crushed prescription drugs.

So, parents, what can you do? Talk to your kids about the dangers of candy snorting. According to "The Anti Drug dot com," teens who hear anti-drug, messages at home are more than 40% LESS likely to use drugs. And don't forget to mention the maggots. Just the idea of having baby flies growing inside their nose might put them off candy for life.