Intelligence For Your Life - Show Your Dog Love!

How to show your dog you love them in ways they’ll understand! 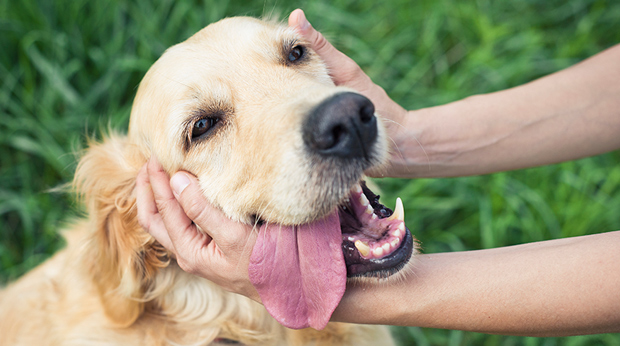 If a dog licks you, that’s a fairly good sign they like you. But what if YOU want to show the same affection to your dog?

Surprisingly, the answer isn’t to hug them. Most dogs don’t want to be hugged… not even your own dog! It stresses them out. That’s according to animal behavior expert Dr. Stanley Coren.

That’s because dogs are cursorial animals, which means they’re built for running. But if they’re trapped in a hug - and can't run - they get stressed.

So, what’s a better way to show our dogs love?

First, try LEANING against your dog. Say, by pressing a leg against their side. The key is to let them feel your presence without crushing or cornering them. Dr. Hare says that’s the dog equivalent of a hug. And it’s why a lot of dogs lean into us - and rest against us.

Also, gaze into your dogs eyes. In the canine world, direct eye contact is a display of dominance. And while that won’t go over well with most strange dogs, a trusting dog - like your own pet - will find it relaxing. Because it’ll remind them of the eye contact they made as a puppy with their mother. It also helps them read you. They’re born with the ability to understand facial expressions – because that’s how they communicate with each other and it’s a skill that transfers to humans.

In fact, while you’re gazing at your pet, raise your LEFT eyebrow. When a dog is happy, their facial expressions light up, especially on the LEFT side of their face. That’s because – in humans AND canines – our left side is controlled by the right brain, which also controls our emotions.