Intelligence For Your Life - Should You Put Your Cat On A Diet?

Should You Put Your Cat On A Diet?

If you put your fat cat on a diet, will he resent you for it? 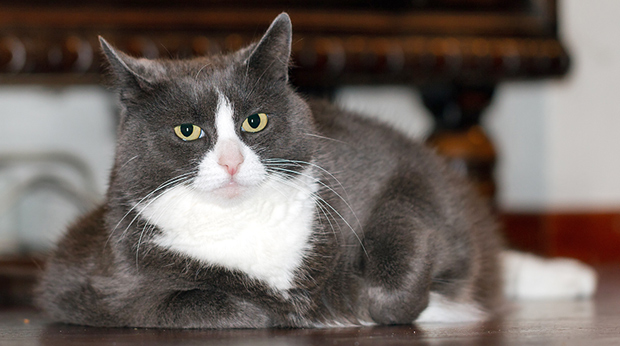 If you put your fat cat on a diet, will he resent you for it? No! A new study in The Journal of Veterinary Behavior finds that owners don't have to worry if they put their cat on a diet. Because, after an eight-week diet, the cats in the study actually showed more affection toward their pet parents than they did before.

And that’s good news, since half of all housecats are overweight - and it’s dangerous for their heath. It can shorten their life span, lead to fatal heart and lung issues... And other conditions, like diabetes.

And the experts say pets are piling on the pounds for the same two reasons human are – overeating and being a coach potato!

Dr. Bonnie Beaver is the executive director of the American College of Veterinary Behaviorists. And she says cats learn to be affectionate in order to get fed. They’re master manipulators - and people will do anything to keep their cats happy, even if that means overfeeding them.

Now, in the study, before the diet, when a cat was hungry, it would demonstrate certain attention-getting behaviors - like begging, meowing, and pacing. During the diet, cats still had the same pre-feeding behaviors - and although the intensity of it increased - the length of time it lasted did not. And the cats didn't hold a grudge. In fact, owners said their cats showed them more affection. And after feeding, the cats would purr more often and sit in the owner’s lap.

So ask your vet if your cat needs to be put on a diet. And don't worry about your cat retaliating against you if you make them cut back on calories.