Intelligence For Your Life - Should People Be Buried In A Pet Cemetery?

Should People Be Buried In A Pet Cemetery?

More and more pet owners say yes! We explain why more humans are being buried with their pets and why they can’t do it in a regular cemetery. 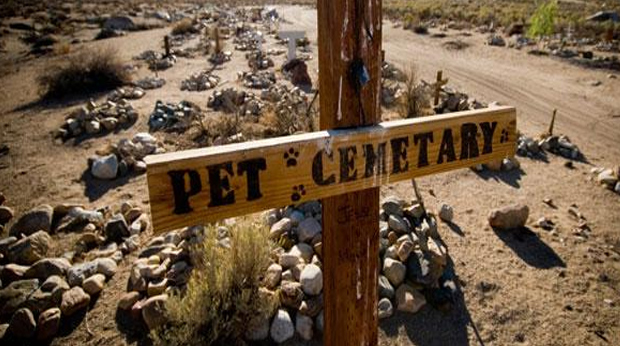 It may sound odd, but a growing number of people want exactly that – because they consider their pet a member of the family. But often pets can’t be buried in human cemeteries – so people ask to be buried at pet cemeteries. And they’re spending thousands of dollars on side-by-side plots to make it happen.

According to the International Cemetery, Cremation and Funeral Association, it’s not illegal for humans and animals to be buried side-by-side or in the same casket – but most human cemeteries have rules against it.

So, the solution is for the human to be buried at the pet cemetery. Take the Hillcrest-Flynn Pet Memorial Center in Pennsylvania. They now have two sections: one for pets, and one for humans and pets together. Other pet cemeteries are jumping on board. There are now over 50 pet cemeteries that accept human remains.

And even though the idea of burying people and pets together seems new, it isn't. In British history, Anglo-Saxon warriors were buried alongside their horses. And before that, Egyptians were known to mummify dogs, cats, birds, and monkeys.

So, what if you want to be buried next to your animal friend? First, check with your local human cemetery to see if it’s legal. If it’s not allowed where you live, you can check with the International Association of Pet Cemeteries to find a place that’ll accept you and your pet.