Intelligence For Your Life - Should Kids Get Trophies Just For Showing Up?

Should Kids Get Trophies Just For Showing Up? 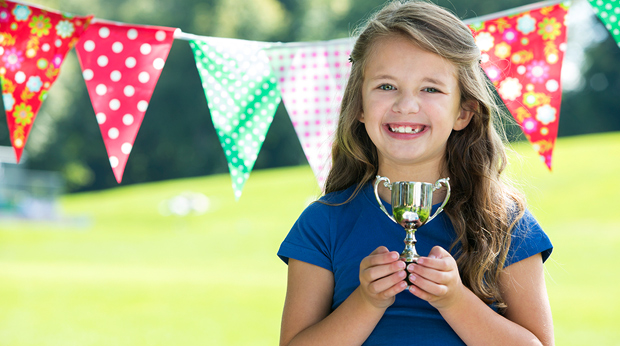 It's time to stop congratulating kids just for participating! That's the word from Today Show mommy-blogger Sarah Maizes. She's renewing a debate parents have been having for years - over whether or not children should be given trophies just for "showing up."

Those who are in favor of the trophies, say they encourage participation, and assure that nobody feels left out. But others say that when you give every kid a trophy, it diminishes the trophy's value. Because what's so special about a shelf full of trophies if every other kid has one? And you did nothing special to earn it?

Also, a growing number of studies show that kids who do something for a physical reward - like a trophy - tend to give up sooner than kids who have an inner desire to excel. Psychologists say it's because kids who are motivated from within - not for a prize - try harder, and take pride in their own abilities.

Plus, when kids are exposed to winning and losing, they're more likely to grow up to be well-adjusted, fair-minded, and confident. That's why Maizes says it's time to stop giving out trophies just for "showing up."

Because in sports - as in life - there are always going to be winners who deserve a trophy, and losers who should learn from their mistakes. In fact, Maizes came up with a list of achievements she says deserve a trophy, along with some where kids are better off getting a "pat on the head:
For example, she says give kids a trophy if they:

But if you're proud of your kid for finishing their homework, or cleaning their room, then that deserves a "pat on the head" - not a trophy! What do you think? Where do you stand on the trophy debate? Are we rewarding kids for the wrong reasons?