More Grooms Are Getting Pampered For Their Big Day

Remember the days when you could count on the bride being the best-looking person at a wedding? We’ll tell you why it’s now the groom’s turn to shine. 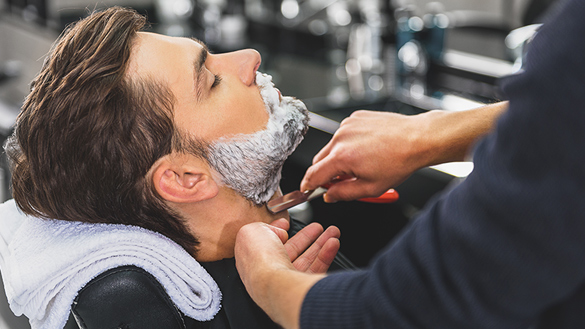 Remember the days when you could count on the bride being the best-looking person at a wedding? Today, it’s just as likely to be the groom, because according to new reports, a growing number of grooms are spending more on pre-wedding “pampering.” For example:

Experts say what’s surprising about the report is that while today’s grooms are spending more on their looks, they’re not necessarily spending more on suits and tuxedos! Instead, they’re focusing everything on grooming – including waxing, or getting manicures, and other spa treatments.

Why? Experts say it’s because we’re living in a more camera-ready society. After all, wedding pics won’t just sit in an album on the coffee table – they’ll be all over the Internet – as will videos. So, men may feel pressured to look as good as their bride-to-be. Otherwise, they’ll never live it down!