Intelligence For Your Life - Mobile Devices And Melatonin Levels In Kids

You know the blue light our phones and iPads give off messes with our melatonin levels. But the effect is even worse for kids... 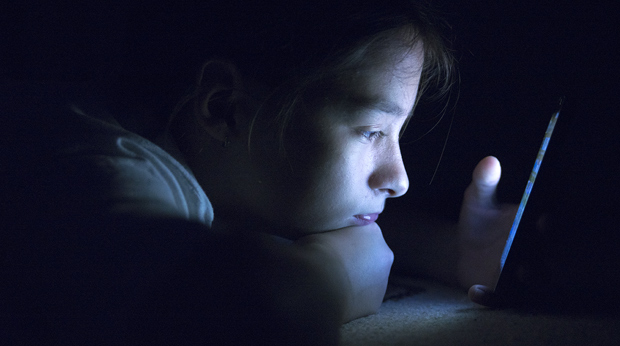 You know the blue light our phones and iPads give off messes with our melatonin levels. But the effect is even worse for kids and teenagers.

Typically, a few hours before bed, our pineal gland, which is a pea-size organ in the brain, starts releasing melatonin. That reduces our alertness and makes sleep more inviting. But if enough blue light hits the eye, the gland can stop releasing melatonin. And 68% of teens have an electronic device in their bedroom all night long. But teen brains are even more sensitive to blue light than adults.

According to researchers at Brown University, regular exposure to electronic devices at night reduces the sleep hormone melatonin in adults by about 20%. But in tweens and teens, melatonin is suppressed by 40%! Twice as much. And even when teens are exposed to just one-tenth as much blue light as adults, they suppressed much more melatonin than adults exposed to full-strength blue light. So make sure your kids aren’t turning in with their electronic devices… Because researchers at Brown University believe it will really wreck their sleep.