Intelligence For Your Life - Men & Dogs: A Love Story

The bond between a man and his dog is the stuff of legends, right? 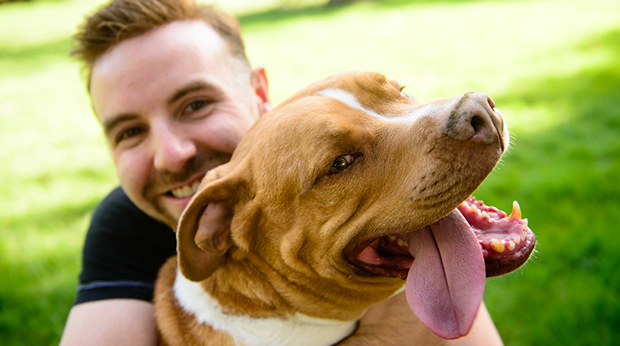 The bond between a man and his dog is the stuff of legends, right? Like Argos, Odysseus' faithful dog from Homer’s “Odyssey”… Or Marley from journalist John Grogan’s autobiographical book “Markey & Me.” Well, here’s how the average guy feels about his pup, according to several new studies.

First of all, seven out of 10 men own a dog… and the top breeds are Labrador, German Shepherd and Golden retriever.

Now, out of the 70% of men who own dogs, one in three say they’d be willing to spend any amount of money to save their dog’s life. If you feel that way too, veterinarian Dr. Jessica Vogelsang says we should have $5,000 saved. That’s the average cost of a major veterinary emergency.

As far as your own health, single guys who own a dog have a decreased mortality risk of 33%. That includes a 36% drop in the likelihood of heart disease - and an 11% drop in the risk of a heart attack.

But guys, we need to stop slipping our furry best friends food under the table. 80% of men feed their dogs table scraps. But Dr. Vogelsang says, unless it’s lean meat and vegetables, skip it. Because things like raisins, garlic, onions, avocado and chocolate are toxic to dogs. And high-fat foods can cause intestinal problems or pancreatitis.

One more stat about men and their dogs? 38% of single men say their dog has helped them score a date. And according to OK Cupid, men who mention their dog in a dating app message are 20% more likely to carry on having a conversation. And it makes single women see you as 14% more attractive! The Journal of Evolutionary Psychology confirms that - saying when a man owns a dog, it shows he has the capacity to love and care for others. And that increases long-term attractiveness.