Living Together May Lead To A Break Up

First comes love, then comes marriage? Not so much anymore. We'll tell you why moving in with your partner could mean... 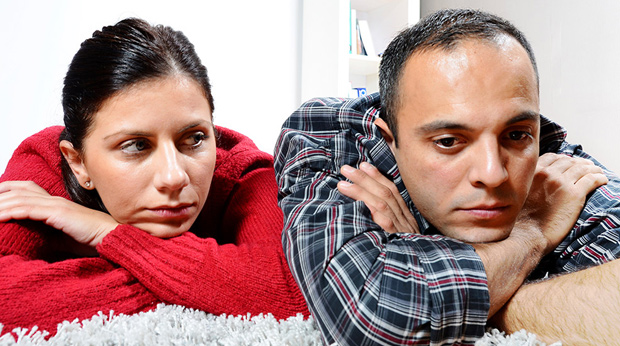 First comes love, then comes marriage? Not so much anymore. According to the latest statistics, in 68-percent of relationships, a couple’s first union isn’t marriage; it's moving in together. But as common as it is now, moving in with your partner could mean you’re moving toward a break up.

Researchers analyzed roughly 12,000 couples. The result? More than one in four co-habitating couples broke up within three years. And of the 40-percent of co-habitating couples who did get married, they were more likely to have a lack of confidence in their marriage. They had more negative interactions, like arguing, and had higher odds of eventually getting divorced.

On the other hand, women who never lived with their husbands before getting married actually had a higher probability of a lasting marriage. But those bad odds aren’t stopping people from swapping keys. In fact, nearly half of 20-somethings say they’d only marry someone they if they lived together first.

So why does living together boost your break-up odds? Because it’s often based on convenience and not “I can’t live without you” love. And research shows that our standards for a live-in partner are drastically lower than for a spouse. So, from the beginning, we’re not as invested in the person we’re living with than we would be if we got engaged first and THEN moved in together.

Also, experts say that men and women have very different ideas what it means to move in together. Women tend to think of it as a trial run for marriage, but men see it as a way of delaying marriage. So if you do want to move in with your partner, psychologists suggest having an honest conversation about what you expect from the arrangement. And if it’s marriage, have a timeline for moving toward that goal.