Intelligence For Your Life - Is Your Dog Ignoring You?

Is Your Dog Ignoring You?

Why do dogs seem to IGNORE us when we pull on their leash? 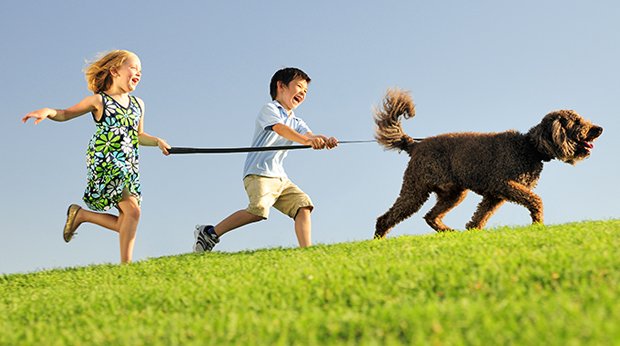 Why do dogs seem to IGNORE us when we pull on their leash? Say, you’re out for a walk, and your dog sees something you don’t want them going near – anything from a small child, to a squirrel, to smelly garbage in the street. With most dogs, even though you pull and pull while saying “NO,” they’ll still strain against their leash and try to go investigate.

The reason? According to research from the Cummings School of Veterinary Medicine at Tufts University, it’s because dogs don’t have many nerve endings at the base of their neck… so, your tugging doesn’t feel like much! Which isn’t a pass to yank harder. Because collars – especially ones made of chains or spikes – can tighten around their neck and injure their trachea, esophagus, and cause injuries to blood vessels in the eyes - and even strangle them!

So, what’s a better way to get your dog to respond? Researchers recommend walking your dog with a “head halter” – which wraps around their neck, muzzle, and under their ears. First, because it’s safer – since it distributes energy from each pull more evenly around the dog’s snout, NOT their neck. Plus, because dogs have more sensory cells around their nose and ears, they’re more likely to obey when you correct them with a head halter, compared to pulling on a leash.