Intelligence For Your Life - Is Your Dog Going Gray?

Is Your Dog Going Gray?

This is when to worry about a dog getting gray hair. 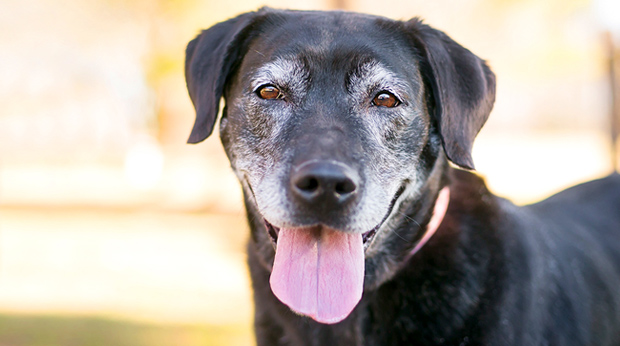 Should you worry if your dog is going gray?

For most OLDER dogs, the answer is “no.” Because just like humans, it’s perfectly normal for dogs to go gray as they age. But according to a study in the journal Applied Animal Behaviour Science, it’s a different story for dogs 4 years old or YOUNGER… Because premature graying often signals some serious doggy problems!

In the study, researchers found that the top predictors for gray hair in younger pets are stress and impulsivity - which refers to their ability to control their emotions in unfamiliar situations.

For example: Does your dog shed an unusual amount of hair when they visit the vet? Are they hyperactive during walks? Do loud noises freak them out? And do they scratch, chew or hide whenever a stranger walks by?

Researchers say these behaviors trigger the release of stress hormones, which can reduce the amount of pigment in a dog’s hair follicles, and cause hair to turn gray… especially around their muzzle and face.

With an older dog, that’s no big deal… But if it’s happening to your dog before age 4, it means they’re experiencing an unusual amount of stress. And researchers say that’s true regardless of a dog’s breed, size, and spay or neuter status.

The fix? Veterinarian Dr. Camille King says the most obvious way to de-stress your pet is to enroll them in a training program, that teaches them to socialize with other animals and people. Then, for specific issues like biting, scratching and chewing, talk to your vet about starting a behavior modification program, to help get their fear under control. And the earlier you start, the better.