Intelligence For Your Life - Is Your Cat Left Handed?

Is Your Cat Left Handed?

Just like humans, cats are left and right pawed! Here’s how to tell if your cat is a lefty or a righty! 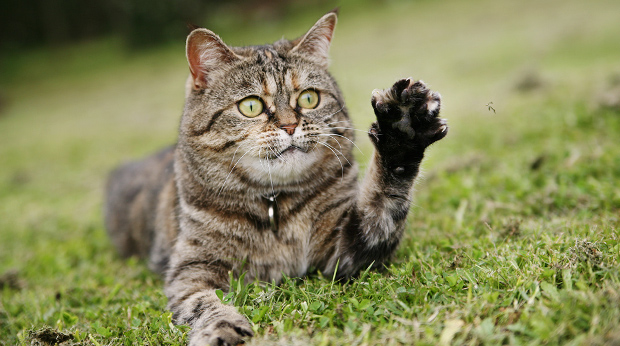 Is your cat left handed? Just like humans, cats are left and right handed, meaning, they prefer one paw over the other when it comes to going down stairs, grabbing food and other activities.

According to Queen’s University Belfast, male cats tend to be left handed more often than females, who are mostly righties.

Dr. Deborah Wells led the study and says the difference is linked to their gender hormones. She and her team spent three months observing cats, keeping track of which paws they used to first step into the litter box, first take a step down the stairs, recline and reach for food. They found that 75 percent of the cats had an obvious paw preference, with most of the girls favoring their right paw and most of the guys favoring their left.

To figure out whether your own cat is left-handed or right-handed, look at the same natural actions that Dr. Wells observed. After watching your cat closely for a few weeks, it should become clear which paw they favor.