Intelligence For Your Life - Is That Therapy Pet Real Or A Fake?

Is That Therapy Pet Real Or A Fake?

Why are pet owners buying phony tags, vests, and I-D cards? They're using the fake credentials to bring their pets into places that don’t allow animals. Should businesses ask for proof these therapy pets are legit? 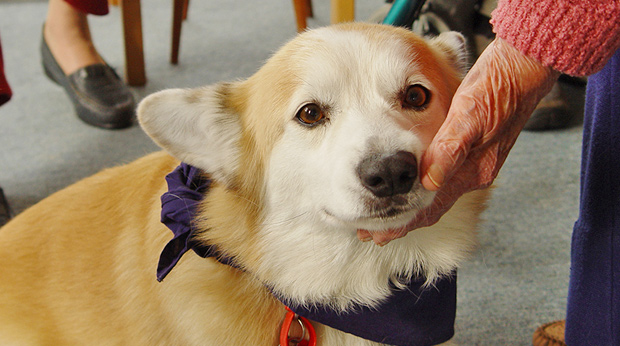 If you’re noticing more animals in public wearing vests that say “service dog” or “therapy pet,” know this: Some of them may be impostors because a growing number of people are going online to buy phony tags, vests, patches, and ID cards. Then they’re using the fake credentials to bring their pets into places that normally don’t allow animals, like restaurants, malls, and bars. There’s even a man in New York who says he bought a $5 “therapy dog” patch for his Yorkie, just to help him pick-up dates.

And the fakes aren’t limited to just dogs. There are also people walking into coffee shops and boarding buses with their therapy rabbits, cats and iguanas! And because they flash a badge that says “service animal,” people leave them alone. Some people also get preferred parking, better seats at restaurants and movie theaters and even discounts, like a free bus passes.

So why don’t businesses ask for proof that therapy pets are legit? Well, for starters, you can’t ask someone why they need a therapy pet because federal law prohibits it. You also can’t deny someone access to your business just because you think they’re faking it. If it turns out they really do have a disability, you can be sued for violating their civil rights.

But know this: Legitimate therapy pet services and the Department of Transportation are aware of the fake service animal trend, and they’re trying to “weed out” the impostors. For example, the Americans With Disabilities Act now only recognizes dogs, and in some cases, trained miniature horses as service animals. Experts say it’s an important first step because we need to protect the public’s trust in therapy pets. After all, therapy animals do a lot of good. They help blind and deaf people get around safely, detect the onset of seizures, alert diabetics when their glucose levels drop too low and comfort patients who are critically ill.