Intelligence For Your Life - Is Sleeping With Your Spouse Bad For You?

Is Sleeping With Your Spouse Bad For You?

Go sleep alone. Sharing a bed with your spouse is not only bad for your health, but it is also bad for your relationship! 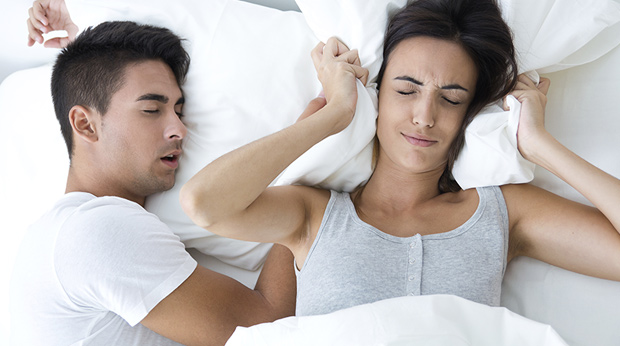 Go sleep alone. Sharing a bed with your spouse is not only bad for your health, but also bad for your relationship! That’s according to a study by researchers at Britain's University of Surrey. Why? A snoring spouse who tosses and turns can rob you of your sleep and cause real resentment in your relationship. On average, couples who share a bed suffer 50-percent more sleep problems than couples who sleep apart.

And sleep specialist Dr. Neil Stanley says that, historically, we were never meant to share a bed! The modern tradition of the marital bed began during the industrial revolution when people moved to crowded towns and cities. Because they had less living space, they improvised by having married couples sleep in the same bed. Stanley thinks we should go back to those pre-revolution days. He says most couples would benefit from separate beds since poor sleep is linked to depression, heart disease, strokes, lung disorders, traffic and workplace accidents and even divorce.

Of course, a lot of people insist they sleep better when their spouse is in bed with them. But scientific evidence shows otherwise.

Dr. Robert Meadows is a sociologist, and he conducted a study where he compared how well couples slept when they shared a bed and when they slept alone. The results? When couples share a bed, and one of them moves around in his or her sleep, there’s a 50-percent chance the sleeping partner will be disturbed.

Right now, only 8% percent of couples sleep in separate beds or separate rooms. What do you think? Would you try it?