Intelligence For Your Life - Is Offering Cash For Grades A Good Idea?

Is Offering Cash For Grades A Good Idea?

Some parents offer their kids cash bonuses for good grades, but some experts don't think it's a very good idea. 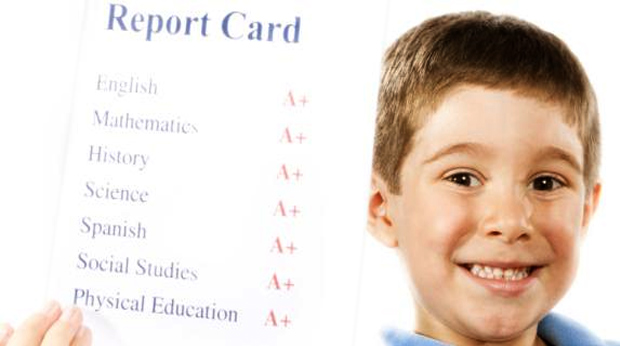 Parents, think twice about offering your kids cash for good grades. Because even though we think money is a good motivator, it could backfire big-time.
According to a recent poll, almost half of all parents pay for good grades. The average reward is $16. But here’s why it might not be a good idea:

Dr. Jared Durtschi is a Kansas State University family studies professor. He says the problem with paying your child for good grades is that it changes their motivation to work hard. They’re no longer hitting the books for their own knowledge or a sense of achievement. They’re doing it to get money. And odds are, they’ll stop working hard once they stop getting paid.

And Dr. Durtschi says that paying for grades is especially harmful to high-achieving students who enjoy working hard and learning. That’s because paying them for grades turns an activity these children already enjoy into something they feel they have to do.

And what if your kid tries really hard, but only gets a C. They might feel like a failure, and stop trying. Or if you’ve got more than one kid, and one of them constantly gets money for good grades, while the other gets nothing, the kid at the bottom will become frustrated, and resentful, and may decide they’re the “stupid kid” in the family.

So, experts say the best way to motivate your kids is to have high expectations based on HARD WORK. And praise them for their effort, not the outcome.

So instead of saying, “Good job on the A!” Say, “I’m so proud of how hard you worked to earn that A.”

Plus, a study on the motivation of high school students found that kids rated being paid for grades seventh on a list of factors that impact their schooling. The things that motivate them the most: their own sense of satisfaction, and pleasing their parents.

What do you think? Should kids be given cash for good grades? Do you do that with your kids? Let us know in the comments below.