Intelligence For Your Life - Is Divorce Tarnishing Your Golden Years?

Is Divorce Tarnishing Your Golden Years?

When it comes to people getting divorced, the fastest-growing group right now is couples in their 50s and 60s. 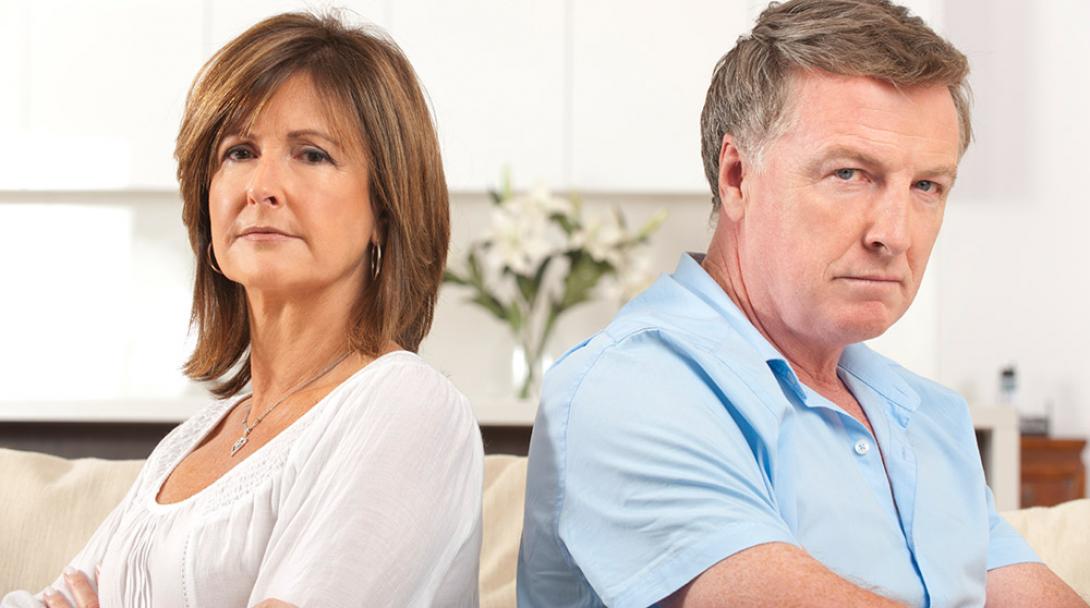 When it comes to people getting divorced, the fastest-growing group right now is couples in their 50s and 60s. It's even got a name: "Gray divorce."

Back in 1990, only 10 percent of those who got divorced were over 50, today, it's 25 percent, and women are most likely to get the ball rolling. Why? Because today's women are more likely to be financially independent, so they're more willing and able to make a go of it on their own. So, what's behind the trend?
First: It's the Baby Boomer generation and as a group, Boomers came to marriage with different expectations than previous generations. In the '50s, it was more about men being great providers, and women being perfect wives and mothers. But in the '70s, when the Boomers started getting married, people expected happiness and self-fulfillment. And if they aren't happy or fulfilled, they want out.
Another reason for more over 50 divorces: People don't have the same social pressure to stay married that their parents and grandparents did. Being divorced later doesn't carry the same stigma.
Also, people are living longer, healthier lives, so 50-somethings are looking around and thinking: "Hey, I could live another 35 years. Do I really want to spend it married to them?"
But the trend has experts worried, because with age comes medical problems, and divorced Boomers may struggle because they don't have the built-in support system of a caring spouse.
And divorcing couples have fewer friends, because they tend to build their social life around mutual "couples friends." And studies show that retired people with the fewest friends, have the lowest levels of health.
But the news isn't all bad: It's getting easier to meet new people. In fact, the number of dating-website users over 50 is growing twice as fast as any other age group.
Comments