Intelligence For Your Life - Is Cheating Always Wrong?

We have the results of a new survey on this topic for you. 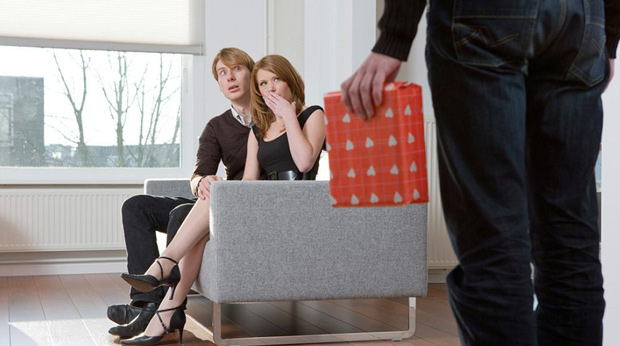 According to a new survey, the most "morally reprehensible" thing we can do today is cheat on our partner.
In fact, a whopping 91-percent of us now say that cheating is worse than committing suicide, having an abortion, or having multiple wives. And get this: Researchers say the percentage of people who think that having an affair is "always wrong" has nearly doubled in the past 40 years.

Why are so many more of us against cheating today? Hugo Schwyzer is a professor of history and he says it boils down to the way our attitudes have changed about divorce. Because a generation ago, divorce was rare. And if your relationship ended in divorce, it was a big scandal. It meant that you and your partner would likely become the subject of gossip, and lose all of your friends. So, most couples figured it was better to stay in an unhappy marriage - and tolerate cheating - than face the humiliation of divorce.

Plus, 40 years ago, Schwyzer says women were much more dependant on their husbands than they are now. So, many felt like they didn't have a choice. It was either put up with cheating, or be alone.

But today? Statistics show that almost half of all marriages end in divorce, so it's not as scandalous as it used to be. But cheating is - because people think, "If you're in an unhappy relationship, don't cheat, just break-up." Because while it seems like our society can tolerate a lot of things today, this new survey makes it clear that one thing we won't tolerate is having someone we love betray our trust and respect by cheating on us.