Intelligence For Your Life - Is Allowing Your Child To Become Obese A Form Of Child Abuse?

Is Allowing Your Child To Become Obese A Form Of Child Abuse? 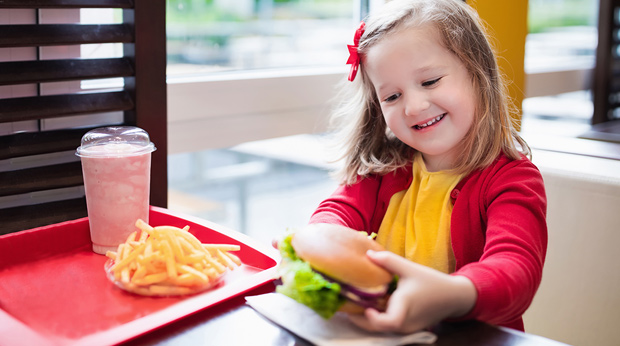 Most people would agree that physically beating a child, or verbally tormenting them, would qualify as "abuse." What if you're a parent who allows your child to become obese? Should that be considered abuse too? A growing number of people would answer "yes" to that question. In fact, many states have already expanded their legal definition of "medical neglect" to include morbid obesity. That's because overweight children are more likely to have diabetes, high blood pressure, and heart disease - even at a young age.

A new case is bringing this issue to the forefront again. A couple in Georgia was arrested and charged with felony child cruelty after police found their two daughters - ages 4 and 5 - living in squalid conditions. Both of the girls are obese. The 5-year-old - who should weigh about 40 pounds - weighs 158 pounds and can't walk more than a few feet without losing her breath. Her sister is 89 pounds, almost three times what a healthy child her age should weigh. As far as child protective services is concerned, obesity in children is considered 'medical neglect' because parents are ignoring potential health problems.

Childhood obesity isn't always considered abuse. Dr. Keith Ayoob is a professor at Albert Einstein College of Medicine in New York. He says there are some medical conditions that'll cause kids to be extremely overweight. Let's face it, most kids, especially at age 4 and 5, gain weight because their parents feed them too much. Children that age aren't walking to McDonald's with pocket money from their part-time job.

When obesity happens before age 5 - it sets the child up for a lifetime of potential health problems. That weight becomes an indicator that they'll be heavy their whole lives. That's why some health experts want to see authorities crack down on parents sooner, rather than later. As one child welfare expert put it: If a parent gave their child a drug, they'd be thrown in jail, but if you kill them with food, that seems to be acceptable.