Intelligence For Your Life - How Young Is Too Young For Tattoos and Piercings?

How Young Is Too Young For Tattoos and Piercings?

How young is too young for tattoos and piercings? The debate blew up online when... 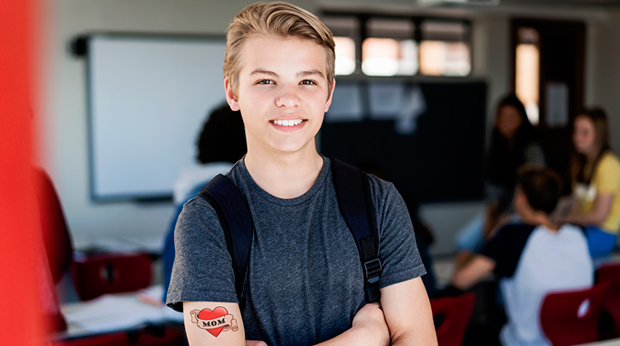 How young is too young for tattoos and piercings? The debate blew up online when Willow Smith, the 11-year-old daughter of actor Will Smith, posted a picture of herself on Instagram with a tongue piercing. It turned out to be fake, but there's a rumor that she has a real tattoo on the back of her neck! Those pictures sparked a debate about whether kids are too young to understand the consequences of making body-altering decisions.
Here are the facts: More than one third of the people who get a tattoo regret it, and they're three times more likely to regret a tattoo they got before they turned 16. Studies show that the tattoos most often regretted are those gotten on an impulse, or after a night of partying.
In most states, it's illegal for kids under age 18 to get a tattoo without parental permission. And in Florida, a man recently lost custody of his 10-year-old when he let him get a tattoo on his leg. Dr. Daniel Bober is a psychiatrist with the Child Study Center at Yale University. He points out that our brains continue developing until about age 25. That's why teens are more impulsive and more likely to engage in risky behaviors. In fact, the last part of the brain to develop is the part that tells people to put the brakes on before they do something risky.
So, what do you think? How young is too young for a tattoo or piercing? A lot of babies get their ears pierced. Is a belly ring or eyebrow piecing different? And plenty of teens get tattoos now, with parental consent. Look at Miley Cyrus and Demi Lovato, who both got inked at 17, and got belly piercings at that age too.