How To Tell If She's Mad At You

Guys, sometimes it's hard to tell what she's thinking. Let us help you figure out if you're in the doghouse. 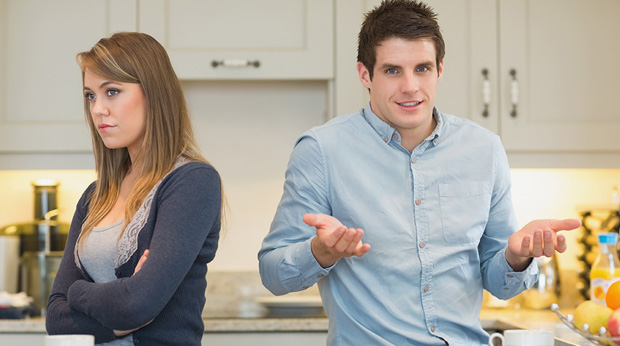 How do you know when the woman you love is mad at you? It may not be that easy for guys to decipher. That's because when researchers studied couples, they found that people tricked their partners with fake love gestures three times a week! Basically, people reported that they used kisses and hugs to avoid conflict - or to ease tension with their partners. Because kissing and making up is easier than working through an argument.
So how are you supposed to know when she's really upset about something? Dr. Karen Sherman is a psychologist and the author of, Marriage Magic: Find It, Keep It, Make It Last, and she says men need to be on the lookout for these three signs: